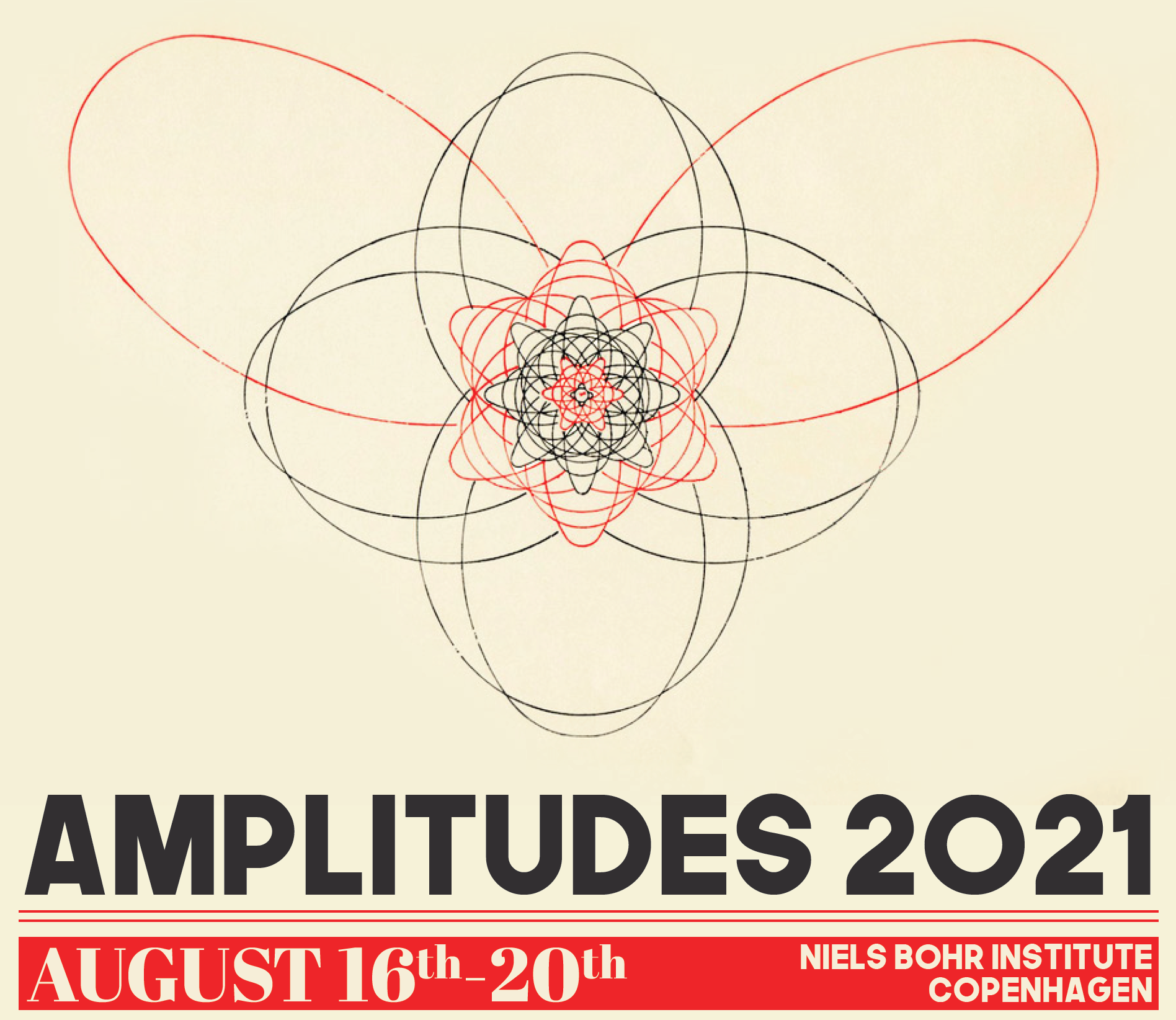 The week of August 16-20, 2021, the Niels Bohr International Academy and the Niels Bohr Institute in collaboration with Penn State will proudly host Amplitudes 2021, the 13th in a series of annual conferences presenting the latest developments in the study of scattering amplitudes in quantum field theories.

While the conference was originally planned to be in-person, out of caution it will now be entirely online. Talks will begin each day at 1:00 PM CEST. We are grateful to Penn State for assistance with presenting a high-quality Zoom-based conference experience.

The conference will be preceded by a school on scattering amplitudes aimed at PhD students, organized by the SAGEX network.

Registration is still open as a link in the side menu, for late registrants. You will receive an email with information about the digital aspects of the conference.

This event continues a series of conferences initiated in 2009.

This project has received funding from the European Union’s Horizon 2020 research and innovation programme under the Marie Skłodowska-Curie grant agreement No. 764850 (SAGEX).